Learn about Amazon and eBay Dropshipping!

How to Make Money With A Flagged eBay Dropshipping Account! 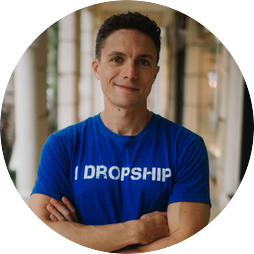 While I believe you should do everything you can to avoid getting flagged in the first place (which is what I teach all of my students), I also wanted to share with you the two strategies that I see working for flagged accounts.

If you prefer to watch videos, you can watch the speech I gave during the first ever Mega Dropshipping Titans Meetup in New York City on March 3, 2019. I talked about this same topic during the event. We were only expecting about 30 people to come but over 75 people showed up!

So first, what is a flagged account? It's an account that is lowered in the search results so you're not getting as many sales on the account as you used to. So you have to find other ways to boost up your sales. And the easiest way to do that is to lower your margins because even if you're flagged, if your price is lower you will start to rank higher and people will start to buy your items anyway.

So we have people who are selling items for $100 on eBay for example. After eBay takes their fees which is about $9, PayPal takes their about $3 and they pay for the item, it looks like they make no money on the sale.

You might look at these accounts and ask how are these people making money? After all the fees there's nothing left. The way they're doing it is by making all their money on what we call the "backend". They're making money with cash back: 2% with a credit card and 3% going through these cash back websites. That's 5% right there. Then they're using a lot of big coupons or discounted gift cards, which give another five percent off sometimes. But let's use 3% as a conservative estimate.

Now they're at 8% off! People are also finding ways to make money with things like price drops. So if they buy an item on Walmart for $100 this week and next week it's $90 dollars, Walmart will refund them the $10 difference. That might add another percentage as well so now they're at nine percent. If you're selling a hundred thousand dollars worth of items a month, that's nine thousand dollars a month. Even half of that is still a lot of money. I see people making a lot of money using this method.

The second way that people are being successful with accounts that are still flagged is that they are using suppliers that other people are afraid to use. Lowe's is one that probably will become more saturated moving forward but it's gonna take some time to get there because it is really hard to work with them. There are just weird things with Lowe's so it keeps people away. For instance, you'll be placing orders on their website, everything's going great, then all of a sudden you go into the checkout and it looks completely different and you're like "what the heck just happened? It looks completely different?" and you're not able to complete the purchase.

People see that and they give up too easily. If means less people will be selling those items, which means they can sell them at a higher margin. If you know how to work with the suppliers that other people don't know how to work with, then it doesn't matter if your account is flagged. I see people working with accounts that are flagged and still being really successful by using different suppliers.

My suggestion to you is to find one or two suppliers that other people are afraid to use. No one else is going to be selling those products. Then once you make a sale, use the cash back, the discounted gift cards, the coupons, the price adjustments and the price matching. You could crush it if you combine both these strategies into one.

I think there's a huge opportunity here that people are missing. People are going to figure it out eventually but if you can get a head start on them and start playing this game before other people are, I think you're going to really see success. I really think this is where the future of eBay dropshipping is going and I think this is the opportunity that is staring us in the face.